Widely considered the father of Op Art, the Hungarian-born artist Victor Vasarely (1906-1997) was instrumental not only in provoking a school of thought based on the relationship between art and science, but in creating some of the most striking geometric paintings in the history of late Modernism. This book, which gathers together a generous selection of his most significant works, celebrates his immense intelligence, passion, and artistry. First coming to prominence in Europe, Vasarely's work was included in the ground-breaking 1965 exhibition "The Responsive Eye" at the Museum of Modern Art in New York. In the years following this exhibit, Vasarely rose to international attention, opening art and culture to an imagery shaped by digital applications and creating, with his optical icons, a new direction for art. Robert C. Morgan's text provides fresh insight into Vasarely's startlingly precise and hallucinatory images, discussing the evolution of the artist's career and of the ideas that shaped his work. Considering Vasarely's work from today's perspective, Professor Morgan sees the artist as the innovator behind many of the most radical ideas in design, architecture, and painting at the turn of the last century. Vasarely--published on the occasion of a retrospective of the artist's work at the Naples Museum of Art in Florida--recognizes his achievement as an artist and as the visionary who gave art to the computer.

Description: Inscribed by Bob Morgan to previous owner on half title. Inscription writing bleeds through to title page. Now protected by mylar. Full refund if not satisfied.

At the Edge of the Orchard Country (Wesleyan Poetry Series) (SIGNED) 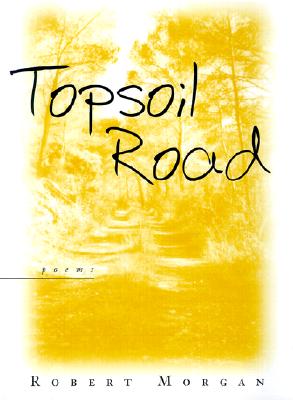