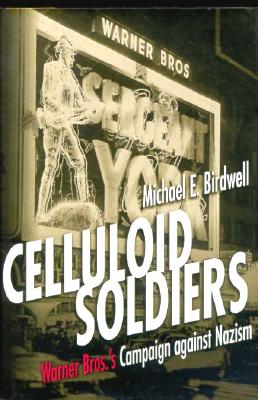 Very minimal foxing to book edges and front of dust jacket. Otherwise like new. Full refund if not satisfied.

During the 1930s many Americans avoided thinking about war erupting in Europe, believing it of little relevance to their own lives. Yet, the Warner Bros. film studio embarked on a virtual crusade to alert Americans to the growing menace of Nazism.

Polish-Jewish immigrants Harry and Jack Warner risked both reputation and fortune to inform the American public of the insidious threat Hitler's regime posed throughout the world. Through a score of films produced during the 1930s and early 1940s-including the pivotal "Sergeant York"-the Warner Bros. studio marshaled its forces to influence the American conscience and push toward intervention in World War II.

Celluloid Soldiers offers a compelling historical look at Warner Bros.'s efforts as the only major studio to promote anti-Nazi activity before the outbreak of the Second World War.

The Book of Common Prayer, and Adinistration of the Sacraments, and other Rites and Ceremonies of the Church, according to the Use of the United Church of England and Ireland: Together with the Proper Lessons for Sundays and Other Holy-Days, and the New Version of the Psalms of David