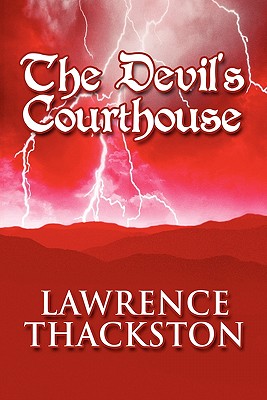 Cole Whitman, a ranger with the Great Smoky Mountain National Park, is called into investigate the brutal killing of a man who had been fishing in the park's tranquil waters. The normally reclusive black bear is first targeted as the perpetrator which places Cole on the defensive with several Appalachian town folk, an increasing number of bounty hunters and a headstrong newspaper reporter. As the body count continues to rise, new clues suggest something more sinister behind the deaths, including possible involvement by the park's neighbors, the Cherokee. Cole must then continue his investigation under the watchful eye of the FBI as well as a local sheriff who holds a long-time grudge. The Cherokee's mystic lore, racial tensions, an old murder case, a massive manhunt and a haunting psychosis developed in Cole's past lead to a fast-paced climatic showdown which will find judgment only at the Devil's Courthouse.

Description: Paperback, author's signature on title page, there is no other writing in the book, 237pp., Full refund if not satisfied.