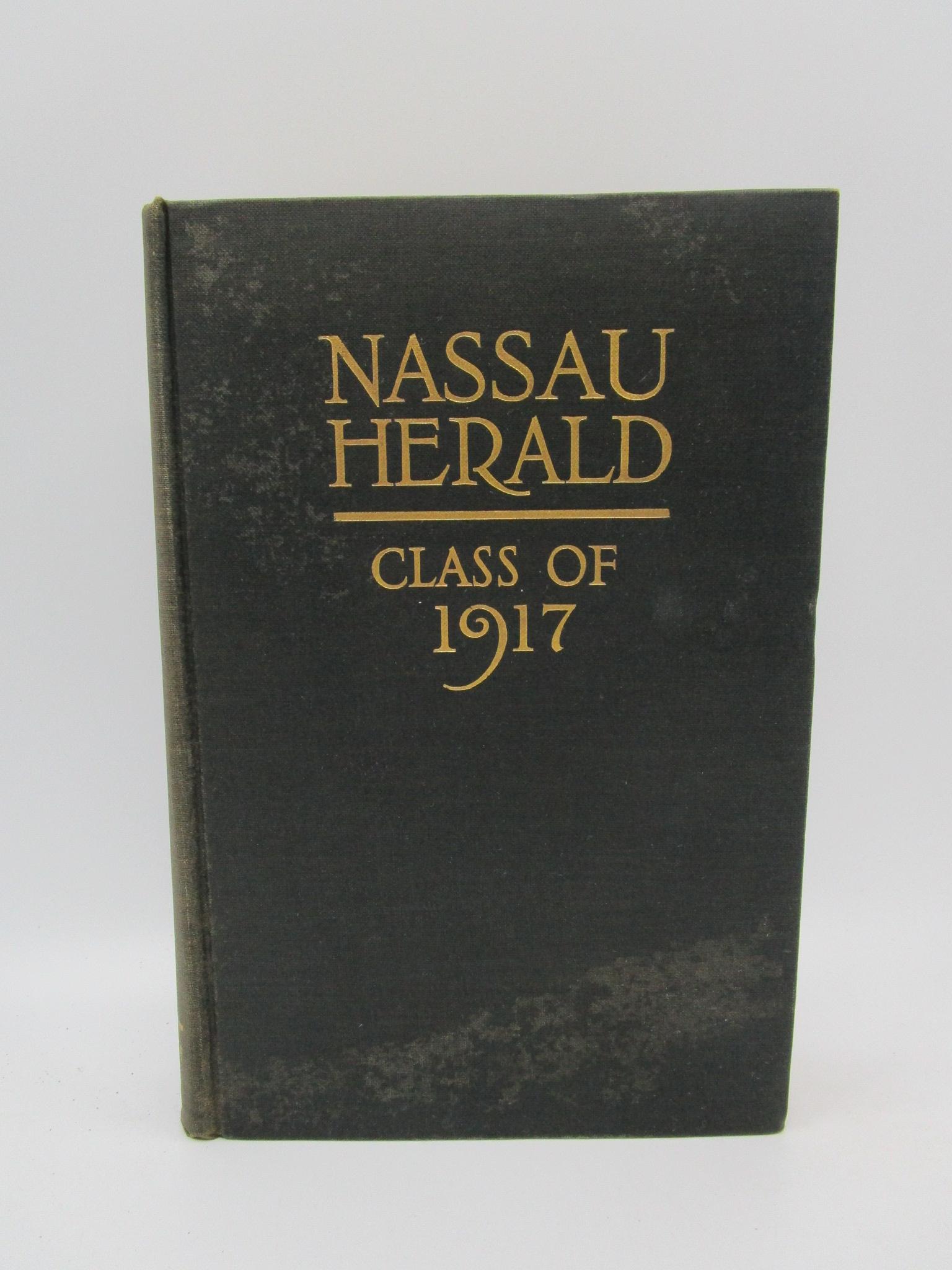 Princeton Yearbook of Francis Scott Key Fitzgerald (September 24, 1896 ? December 21, 1940) the American novelist and short story writer, whose works are the paradigmatic writings of the Jazz Age. He is widely regarded as one of the greatest American writers of the 20th century. Fitzgerald is considered a member of the "Lost Generation" of the 1920s. He finished four novels: This Side of Paradise, The Beautiful and Damned, The Great Gatsby (his best known), and Tender Is the Night. A fifth, unfinished novel, The Love of the Last Tycoon, was published posthumously. Fitzgerald also wrote numerous short stories, many of which treat themes of youth and promise, and age and despair. His class of 1917 photograph and biographical sketch is on pages 99-100 of this yearbook. Dark brown cloth with gold lettering on spine and front cover. Frontispiece. Folding class photograph. No writing in the book. 363pp. Full refund if not satisfied.

The Beautiful and the Damned