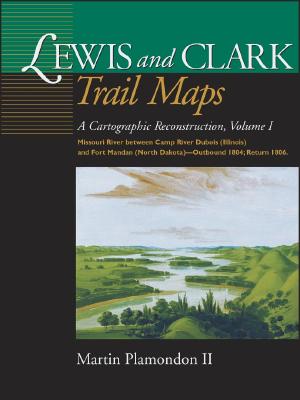 Lewis and Clark Trail Maps: A Cartographic Reconstruction (Volume I)

During the Corps of Discovery's 1804-06 trek, Captain William Clark suveyed the expedition's traverse to the Pacific Ocean and back. Clark assumed that this information would be converted to maps soon after the journey's completion. For various reasons this did not occur and for nearly two centuries Clark's invaluable data remained untapped in the expedition's annals. Now, for the first time, the cartographic reconstruction that Clark expected has been rendered. By using the daily measurements and notes in Clark's journals, as well as other sources, Plamondon has created maps depicting the Corps' route on the Missouri River from Illinois to North Dakota. This first volume includes 153 full-page maps. In addition to presenting key geographic and historic features, the maps compare the modern beds of streams to their courses at the time of exploration. The contrast is striking between what Lewis and Clark saw and what we see today. The ever meandering Missouri River, in particular, has changed its channel hundreds of times since the expedition fought its currents. Even Clark commented on the return trip of 1806 that some sections of the river were barely recognizable compared to when they passed by two years earlier. Modern America likewise has wrought great change. Of further interest are the many excerpts from the expedition diaries and an insightful essay on frontier surveying. Paperback. Illustrated. Pictorial cover. xiii, 191pp., index. Full refund if not satisfied.

By using measurements and notes in William Clark's journals, Plamondon has created maps depicting the Corps of Discovery's route on the Missouri River from Illinois to North Dakota in 1804. The maps compare the modern beds of streams to their courses at the time of exploration. Of further interest are excerpts from the expedition diaries and an insightful essay on frontier surveying. 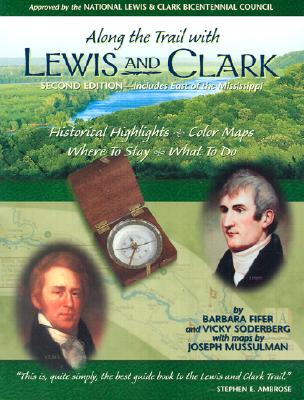 Along the Trail with Lewis and Clark (Lewis & Clark Expedition)

History of the Expedition under the command of Lewis and Clark, in three volumes (set of vols. I-III)

Some Observations on the Yellowstone Expedition of 1873 (First Edition)

By: Lawrence A. Frost

Lewis and Clark Trail Maps: A Cartographic Reconstruction (Volume I)