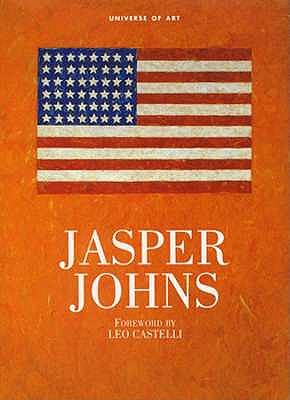 A compact, visual survey of the artists' career.

Description: In 1954, Jasper Johns, then an art student, met the already well-known artist Robert Rauschenberg, in the bookstore where he had an evening job. Three years later, Rauschenberg was invited by Leo Castelli to exhibit in his gallery, by then considered one of the most prestigious avant-garde centers in New York City. Castelli spoke to Rauschenberg about a group show he was planning, and the artist insisted on taking the dealer to Johns' studio. In this book on Johns, one of the greatest artists of our time, Castelli summons up their first meeting. Rauschenberg and Johns had their studios in the same building and Castelli was instantly bowled over by what he saw - American flags of an incredible richness of surface created by the use of encaustic, or melted wax, along with targets and brightly painted series of figures and letters. He instantly took Johns on as part of his stable, astonished that such a brilliant artist was still available. Where his earliest works had sold for around $1,000, the Whitney Museum of American Art paid $1 million for Three Flags in 1973. Johns' works are now among the most valuable pieces of art produced by any living painter. Johns is still with Castelli, who made him more accessible through several series of prints and lithographs. Here, Leo Castelli - in his own words - describes this exhilarating period in American art. New copy. This book would make a great gift. Illustrated. 79pp. Full refund if not satisfied.