Alien at Home: Divine Intervention: The Life of Elie Sutton (Signed by co-author)

Elie Sutton is both the central figure of this book and a symbol of the Syrian-Jewish people. Jews had resided in Syria for over 2500 years. In the late 19th and early 20th centuries, they were confronted with widespread military conscription into the Ottoman Empire. Then a sharp rise in violent anti-Semitism swept over the country after Israel became a state in 1948. The Jewish people suffered a severe decline in their economic and social conditions and their citizenship, businesses and homes were confiscated. For these reasons, the Jews fled Syria and scattered to foreign lands. Elie's father, Selim Menash&233; Sutton, had the foresight to understand the looming threat upon his family. He devised a plan to export each of his seven sons, one at a time, with the hope they each would find better lives in other countries. Elie was the third of seven sons. At the age of twenty, he was forced to renounce his study of medicine and his dream of becoming a doctor. His father had other plans. Elie was to be exported to China. The impact of world events on Elie's life becomes clear through focused attention on the history of the era, particularly in the Middle East. As Elie's story reveals the resourcefulness, tenacity and moral strength of a man caught up in challenging times, the hand of Divine intervention comes into play and the power of the tight-knit Sephardic-Syrian community pulls him in. This narrative connects the personal story of a father and his sons, the transplanting of a community noted for its cohesive inner strength, and a devoted husband who will do anything to save his beloved wife. Inscribed by the author on front free end paper. Pictorial cover with matching pictorial dust jacket. 306pp. Illustrated. Full refund if not satisfied. 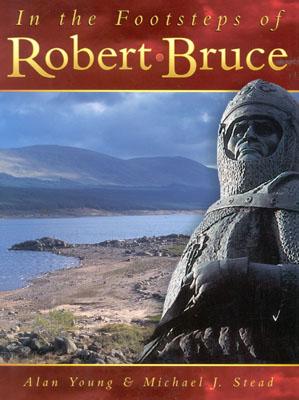 In the Footsteps of Robert Bruce