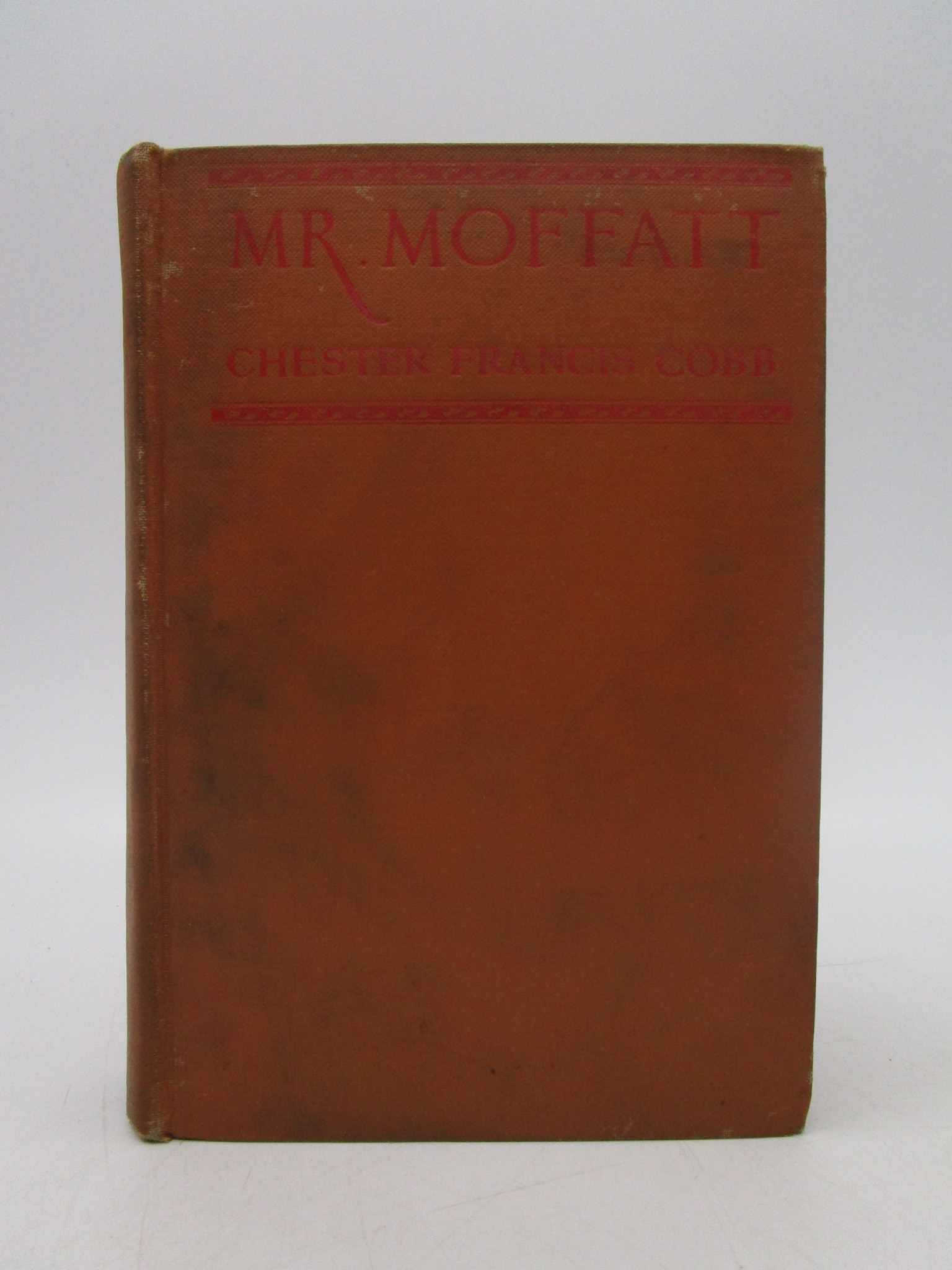 Uncommon. First Edition. Publisher's cloth (lightly soiled). viii, 312pp. Full refund if not satisfied.Chester Francis Cobb (1899-1943), novelist, was born on 8 June 1899 at Charing Cross, Waverley, Sydney, son of Joseph Septimus Cobb, chemist, from England, and his Geelong-born wife Rosalie Thomasina Kate Cockburn, nee Smith. Interested early in fiction, Cobb left school to become a cadet and later a reporter on the Sydney Daily Telegraph. In 1921, on his mother's death, he came into a small inheritance; he left for England soon after, settled in Oxfordshire, and took up poultry-farming. On 31 March 1924 at Little Rollright near Chipping Norton, he married Barbara Anne Convy, twenty years his senior.In 1925 Cobb's first novel, Mr. Moffatt, was published in England and favourably received; an American edition followed in 1926, the year in which Days of disillusion appeared. In both works Cobb drew on his Australian experiences. The title character in Mr. Moffatt, a chemist at 'Claverley' in Sydney in the 1890s who takes a painting to London to be valued and finds it a 'fake', is based on the life and experiences of Cobb's father. Similarly, Days of disillusion, a chronicle of the growth and development of Robert Watson over thirty-odd years, is also set in Claverly and opens in 1894. The spiritual odyssey of Moffatt and Watson, the central concern of each novel, derives from an interest in religion which led Cobb to question orthodox Christianity as a youth and ultimately to embrace theosophy in England.

Covenant: The life and times of a late-coming pilgrim (First Edition) One of the Nation's Oldest Banking Houses: The Trenton Banking Company (1804-1954)