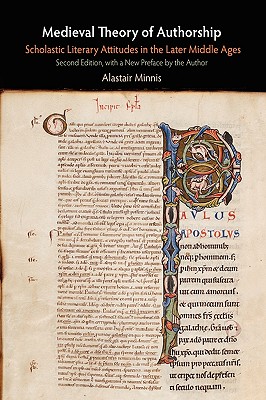 It has often been held that scholasticism destroyed the literary theory that was emerging during the twelfth-century Renaissance, and hence discussion of late medieval literary works has tended to derive its critical vocabulary from modern, not medieval, theory. In "Medieval Theory of Authorship," now reissued with a new preface by the author, Alastair Minnis asks, "Is it not better to search again for a conceptual equipment which is at once historically valid and theoretically illuminating?"Minnis has found such writings in the glosses and commentaries on the authoritative Latin writers studied in schools and universities between 1100 and 1400. The prologues to these commentaries provide valuable insight into the medieval theory of authorship. Of special significance is scriptural exegesis, for medieval scholars found the Bible the most difficult text to describe appropriately and accurately.

Description: This volume is part of the Middle Ages Series and will be of interest to students and scholars of medieval literature and history. Illustrated cover with black and red lettering. Indexed. 323 pp. In near fine condition with some minor shelf wear on the binding. Full refund if not satisfied. 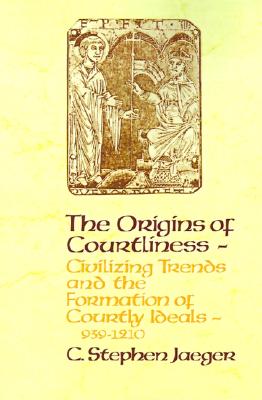 The Origins of Courtliness: Civilizing Trends and the Formation of Courtly Ideals, 939-1210 (The Middle Ages Series) 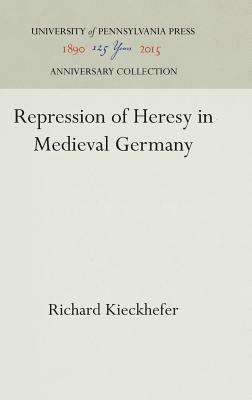 Of Giants: Sex, Monsters, And The Middle Ages (Medieval Cultures)