A Very Rare Set of First Edition Volumes. Only one other listing of such a set is online, owned by Pryor-Johnson Rare Books (who write that they are not aware of another copy of this edition). Brown half leather covers with marbleized boards. Decorative blind and gilt stamping on the spines, with dual black slips on each. Five very slightly raised bands. Marbled page edges and end-papers. Woodcut engraved frontispiece (presumably of Plutarch), with tissue guard in each volume. Irregular pagination. Each volume is 500 to 600 pages long. Covers and spines are lightly rubbed in a few places. Back cover of volume 1 is nearly detached, and head of spine is pulling away from binding (good only). The heads of the other spines have some chipping. No marginalia (only writing on tissue guard in volume 1). Volume 3's front end-paper has paper loss to it (possibly from a removed bookplate). Bindings are tight, and hinges/joints on each (beside's back cover of volume 1) are holding strong. Very light to mild foxing as well as age-toning to each volume, though for the publishing dates the text bodies are in wonderful condition. Full refund if not satisfied. ""The Moralia (Ancient Greek: Ethika; loosely translated as "Morals" or "Matters relating to customs and mores") of the 1st-century Greek scholar Plutarch of Chaeronea is an eclectic collection of 78 essays and transcribed speeches. They provide insights into Roman and Greek life, but often are also timeless observations in their own right."" (Wikipedia). This particular edition contains 77 essays, including the psuedo-Plutarchian work "On the Names of Rivers and Mountains" (not typically found in the Moralia), and lacks "Summary of the Birth of the Spirit" as well as "Sayings of the Spartan Women." Prefaces and dedicatories are authored as follows: Matthew Morgan for Volume 1; George Tullie for Volume 2; Robert Midgley for Volume 4; Samuel White for Volume 5. The English translation "Plutarch's Morals" (1684-1690) was a collaborative effort undertaken by a host of scholars. Their goal was to outdo the work of Philemon Holland, who first translated the Moralia into English in 1603. As Matthew Morgan's preface to the first volume makes clear, the entire Moralia was intended to be translated/published by the end of a single year (1684-5). It was also meant to only be 4 volumes altogether. But the collaborative translation ended up taking over 6 years, and was 5 volumes when completed. The first 3 volumes were published by John Gellibrand (1684-1685), and the last 2 by R. Bentley (1690). The order of each treatise, although not in the order classically placed in Plutarch's Moralia, is according to the completion of each translation as they came to the publishers' hands. William W. Goodwin, upon revising the 5th Edition of this translation in 1870, had this to say in his preface, "The original editions...contained translations of every grade of merit. Some of the essays were translated by eminent scholars like William Baxter (nephew of Richard Baxter) and Thomas Creech...But a large number, including some of the longest and most difficult treatises, were translated by men whose ignorance of Greek - or whatever language was the immediate ancestor of their own version - was only one of their many defects as translators. Notwithstanding all the defects of the translation...it is beyond all question a more readable version than could be made now; and the liveliness of its style will more than make up to most readers for its want of literal correctness." A most rare and attractive set, one of great historical value. 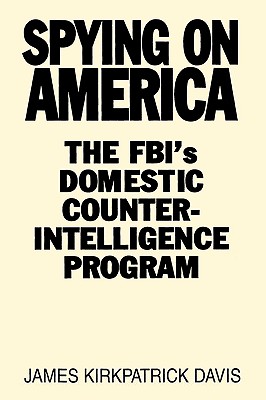