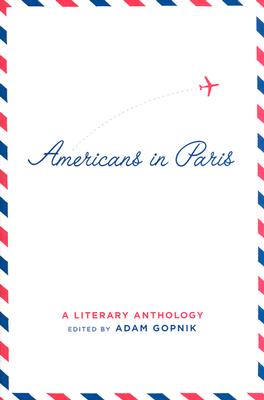 A Special Publication of The Library of America. Published in honor of Florence Lacaze Gould (1895-1983) with support from The Florence Gould Foundation. Decorated glossy paper boards titled in red and blue on spine. Dark blue end sheets. 613 pp. Full refund if not satisfied.

From the earliest years of the American republic, Paris has provoked an extraordinary American literary response. An almost inevitable destination for writers and thinkers, Paris has been many things to many Americans: a tradition-bound bastion of the old world of Europe; a hotbed of revolutionary ideologies in politics and art; and a space in which to cultivate an openness to life and love thought impossible at home. Including stories, letters, memoirs, and reporting, Americans in Paris distills three centuries of vigorous, glittering, and powerfully emotional writing about the place that Henry James called "the most brilliant city in the world."

American writers came to Paris as statesmen, soldiers, students, tourists, and sometimes they stayed as expatriates. This anthology ranges from the crucial early impressions of Thomas Jefferson and Benjamin Franklin to the latter-day reflections of writers as varied as James Baldwin, Isadora Duncan, and Jack Kerouac. Along the way we encounter the energetic travelers of the nineteenth century--Emerson, Mark Twain, Henry James--and the pilgrims of the twentieth: Gertrude Stein, F. Scott Fitzgerald, E. E. Cummings, Cole Porter, Henry Miller. Come along as Thomas Paine takes a direct and dangerous part in the French Revolution; Harriet Beecher Stowe tours the Louvre; Theodore Dreiser samples the sensual enticements of Parisian nightlife; Edith Wharton movingly describes Paris in the early days of World War I; John Dos Passos charts the gathering political storms of the 1930s; Paul Zweig recalls the intertwined pleasures of language and sex; and A. J. Liebling savors the memory of his culinary education in delicious detail. Americans in Paris is a diverse and constantly engaging mosaic, full of revealing cultural gulfs and misunderstandings, personal and literary experimentation, and profound moments of self-discovery. 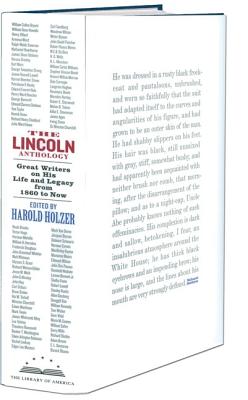 The Lincoln Anthology: Great Writers on His Life and Legacy from 1860 to Now (Library of America #192s)