Printed inscription adhered to flyleaf - no other writing or markings in the book. Clean, crisp pages. Dust jacket protected by mylar. Full refund if not satisfied.

"'I think it must have been two o'clock at least when I thought I heard a sound in that--that odious dark recess at the far end of the bedroom.... Without at first a suspicion of anything supernatural, on a sudden I saw an old man, rather stout and square, in a sort of roan-red dressing-gown, and with a black cap on his head, moving stiffly and slowly in a diagonal direction, from the recess, across the floor of the bedroom, passing my bed at the foot, and entering the lumber-closet at the left. He had something under his arm; his head hung a little at one side; and, merciful God when I saw his face....'"
There's nothing like a good ghost story. And in Victorian Ghost Stories, Michael Cox and R.A. Gilbert bring together thirty-five well wrought tales of haunted houses, vengeful spirits, spectral warnings, invisible antagonists, and motiveless malignity from beyond the grave. The Victorians excelled at the ghost story, it was as much a part of their literary culture as the realistic novel, and it was practiced by almost all the great writers of the age. Cox and Gilbert here provide samples from Charles Dickens, Robert Louis Stevenson, Rudyard Kipling, Sir Arthur Conan Doyle, Henry James, and Wilkie Collins, as well as such classic ghost-story specialists as M.R. James and J.S. Le Fanu (whose "Account of Some Strange Disturbances in Aungier Street," considered one of the best haunted-house story ever written, is excerpted above), plus one or two genuine rarities for the supernatural fiction enthusiast to savor. The editors also reveal the key role played by women in the growth of the genre, including stories by Elizabeth Gaskell, Mrs. Craik, Mrs. Henry Wood, Amelia B. Edwards, Charlotte Riddell, and many others. Finally, they offer an informative introduction, detailed source notes, and an extensive survey of ghost-story collections from 1850 to 1910.
Traditional in its forms, but energetically inventive and infused with a relish of the supernatural, these classic ghost stories still retain their original power to unsettle and surprise. Every one is guaranteed to satisfy what Virginia Woolf called "that strange human craving for the pleasure of feeling afraid." 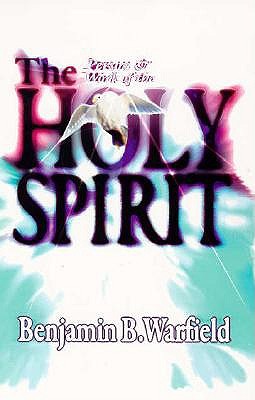 The Person and Work of the Holy Spirit