This book was first published in 1944. In 1966 it was rereleased in a new and augmented edition. This is the first soft cover edition and it is the "new and augmented" version. "When the velocity of progress increases beyond a certain point, it becomes indistinguishable from crisis." Owen Barfield from Night Operation Blue artistic cover with a white band across the top printed with author's name in blue. 254pp. Fine condition. A very nice copy. Barfield was born in London. He was educated at Highgate School and Wadham College, Oxford and in 1920 received a first class degr... View more info

Unancestral Voice is the story of a modern-day spiritual quest. Step by step, Barfield explores the power of the creative imagination to meet the great challenges of our time. "This book has a remarkable unity; it is a well-sustained defence of a very consistent theme - that of the 'evolution of consciousness' " - Frontier "The voice of each one's mind speaking from the depths within himself" - Owen Barfield "A clear, powerful thinker, and a subtle one." Saul Bellow Owen Barfield is one of the twentieth century's most significant writers and philosophers. Widely renowne... View more info

No writing. There is an attractive owners bookplate - for Dr. Bryan Shelley who was active in the C. S. Lewis Society at Oxford in the 1980s.Binding tight. The jacket looks VG from the front but there is a repair on the back - repair done relatively neatly with tape on the inside of the jacket. Full refund if not satisfied. View more info

The Rediscovery of Meaning and Other Essays (Signed first edition)

Brown cloth boards with text in gilt on the spine. The dust wrapper has a light tan background and lettering in brown. The name "Owen Barfield" is huge and printed in landscape perspective rather than portrait. A beautiful Copy. Shelley and Son Books specializes in C.S.Lewis, J.R.R.Tolkien & the Inklings View more info 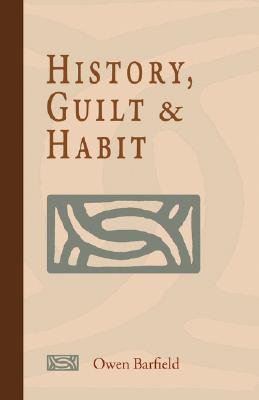 We are well supplied with interesting writers, but Owen Barfield is not content to be merely interesting. His ambition is to set us free. from the prison we have made for ourselves by our ways of knowing, our limited and false habits of thought, our 'common sense.' -Saul Bellow Few books [besides History, Guilt and Habit] . would provide a better basis for a serious discussion of modern mentality, or a better closing for a course in great books or the history of ideas. Readable at all levels. -Choice There is scarcely a single term that comprehends the range of Owen Barfield's interests and le... View more info

Poetic Diction; A Study in Meaning (A gift from C S Lewis)

This book was dedicated to C. S. Lewis in his pseudonymous name of Clive Hamilton. This copy was given by C. S. Lewis to Harry Blamires, a student and lifelong friend of Lewis's. On the fly leaf, in the upper left it says "From Jack", in the upper right it says "Nov 6th 1937" and in the center his Harry Blamires' signature. Throughout the book there are underlinings and marginalia in the hand of Blamires. In a letter of May 27, 1928 Lewis told Owen Barfield that he had just purchased a copy of Poetic Diction, though it is likely that was his reading copy and doubtful that th... View more info