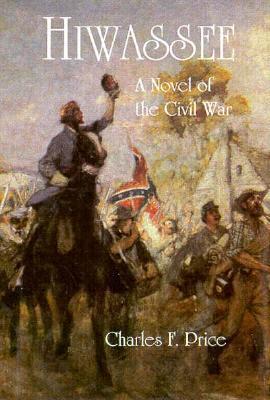 Hiwassee: A Novel of the Civil War (First Edition)

Set near the end of the Civil War in the mountainous farm country of North Carolina, this story centers on Madison Curtis and his wife Sarah, whose mansion lies in the path of a gang of Union partisans. They are hiding their oldest son, Andy, who was wounded in the Confederate Army, risking torture and death to protect him. We meet also the Curtis's younger sons, who are caught up in the great battle of Chickamauga in Georgia, and we are offered a unique glimpse of war as the common soldier saw it -- confusing, monotonous and terrifying by turns. Red cloth with gold spine lettering. Illustra... View more info 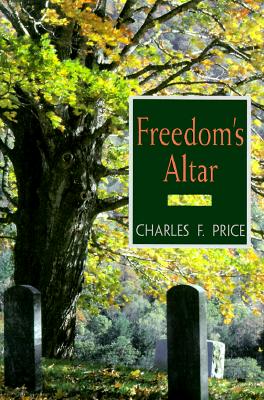 In this, the sequel to his critically acclaimed novel Hiwassee, Charles F. Price examines those sacrificed on freedom's altar: carefree Andy Curtis, who returns from war to assume burdens beyond his capacity; Oliver Price, who must weigh his responsibility toward his dying wife against the need of his friends; and, foremost, the Curtises' former slaves, who struggle against bitterness and discover their better selves at an hour of need. Two toned cloth with gold spine lettering. Author's gift inscription on title page. There is no other writing in the book. Mylar cover. 291pp. Full refund... View more info

The Address of Southern Delegates in Congress, to Their Constituents

The Battle of Franklin November 30, 1864: The Bloodiest Engagement of the War Between the States (Facsimile Reprint)

By: Riley Gunter and others

Large stapled booklet, illustrated front cover, signed by Riley Gunter (one of the contributing authors), illustrated, no writing in the book, Full refund if not satisfied. View more info

My Father, General Lee: A New Edition of Recollections and Letters of General Robert E. Lee

Abe Lincoln in Illinois: A Play in Twelve Scenes

No writing or markings in the book. Bright, crisp text pages. Light toning to endsheets. Dust jacket is illustrated with Norman Rockwell picture. D/J is toned with edgewear/creasing. Full refund if not satisfied. View more info

The Story of the Confederacy 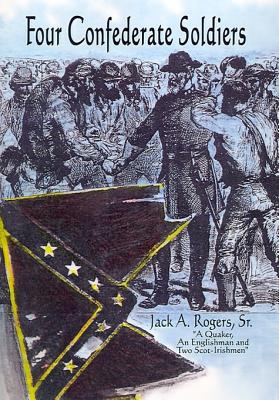 Paperback, author's inscription on title page, there is no other writing in the book, xii, 120pp., index, Full refund if not satisfied. View more info

Campfire and Battlefield: History of the Conflicts and Campaigns of the Great Civil War in the United States (First Edition)

Campfire and Battlefield: An Illustrated History of the Campaigns and Conflicts of the Great Civil War (First Edition)

The Diary of Edmund Ruffin: Toward Independence, October 1856--April 1861 (Library of Southern Civilization)

Edmund Ruffin was one of the most significant figures in the Old South. A gentleman planter, writer, and political commentator, he made his greatest contribution as an agricultural reformer, but it was as a militant defender of slavery and champion of the southern cause that he gained his greatest fame. In his voluminous diary, Ruffin has left an invaluable primary account of the crucial years from 1856 to 1865. This volume, the first of a projected two-volume edition, covers the period from Ruffin's retirement from his Virginia plantation to the aftermath of the bombardment of Fort Sumter in... View more info 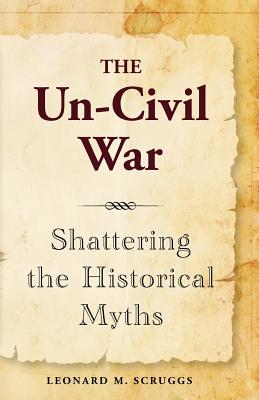 Authro's gift inscription on title page. Paperback. 359pp. Full refund if not satisfied.The book discusses honestly and frankly the real reasons for the Civil War, the way in which it was fought, and the major differences between the two sides. One of these was the strong views over the meaning and obligations of Constitutional government. The South held the traditional position of limited government and strict adherence to the protections of the Constitution, especially States Rights. The North favored a strong, centralized government and material and social programs unfettered by Constitu... View more info

The Civil War: The Second Year Told By Those Who Lived It: (Library of America #221) First Printing

The Civil War: A Narrative: Gettysburg to Vicksburg: Unvexed to the Sea

A tremendous, sweeping narrative of the most fascinating conflict in our history. Red cloth with gold lettering on spine. Illustrated end papers (maps). No writing in the book. 351pp., index. Illustrated. Full refund if not satisfied. View more info

Signed by Aliene Shields on title page, and inscribed by her to previous owner on verso. Else like new. Two prints of the Bombardment of of Fort Sumter laid in. Full refund if not satisfied. View more info 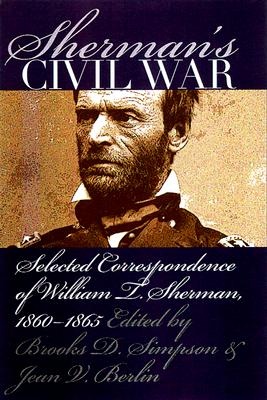 The first major modern edition of the wartime correspondence of General William T. Sherman, this volume features more than 400 letters written between the election of Abraham Lincoln in 1860 and the day Sherman bade farewell to his troops in 1865. Together, they trace Sherman's rise from obscurity to become one of the Union's most famous and effective warriors. Arranged chronologically and grouped into chapters that correspond to significant phases in Sherman's life, the letters--many of which have never before been published--reveal Sherman's thoughts on politics, military operations, slaver... View more info

The Civil War: A Treasury of Art and Literature

Burgundy cloth cover with gilt lettering on front and spine. Light purple end-pages. Table of contents organized around the progression of the American Civil War. 367 pp, including index. Black-and-white as well as color paintings and photographs throughout, alongside works of literature. Cover and binding in fine condition, with no wear. No markings in this copy. A few, light, stray discoloration on edges. Dust jacket carries little to no wear. Overall in excellent condition. Due to this book's size and/or weight, additional shipping may be needed. Full refund if not satisfied. View more info 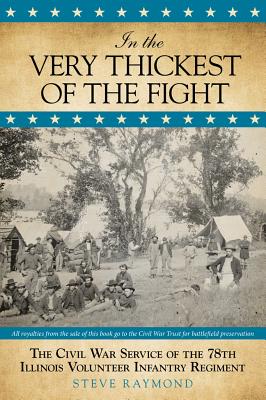 In the Very Thickest of the Fight: The Civil War Service Of The 78th Illinois Volunteer Infantry Regiment

Inscribed by the author on the half-title page. Matte cover with photograph and lettering and decoration in black and teal. Indexed, 380 pp. Edges of covers and pages show wear and back cover is split at bottom edge. Full refund if not satisfied. View more info 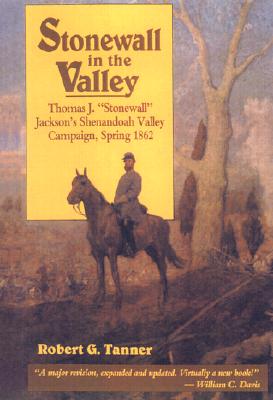 This book comes from the personal library of Morton H. Smith but does not have his personal library marking. Paperback. Pictorial cover. Illustrated. xx, 599pp., index. Full refund if not satisfied. This from Wikipedia: Morton Howison Smith (December 11, 1923 to November 12, 2017) was an American Presbyterian minister. He was the first Stated Clerk of the Presbyterian Church in America, serving from 1973 to 1988, and also served as its Moderator in 2000. Smith had degrees from the University of Michigan, Columbia Theological Seminary and the Free University of Amsterdam. He taught at Belha... View more info

By: Thomas A. Ashby 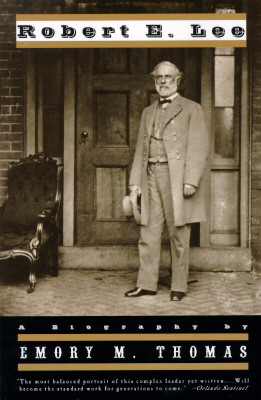 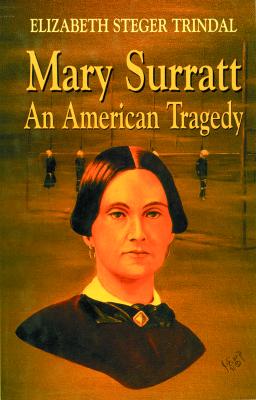 The story of Mary Surratt, a woman illegally tried and hanged as a civilian before a military court for the assassination of Abraham Lincoln. Cream cloth with black spine lettering. Ex-library. Portrait frontispiece. Illustrated. 304pp., index. Full refund if not satisfied. View more info 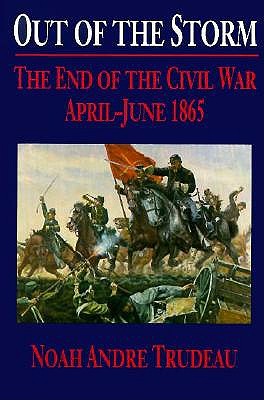 Out of the Storm: The End of the Civil War

Many people continue to believe that the Civil War ended with Robert E. Lee's surrender at Appomattox, yet it took three more months to end the bloodiest of all American wars. Out of the Storm is a remarkable portrait of this turbulent closing phase of the war. Paperback. New copy. Illustrated. xvi, 470pp., index. Full refund if not satisfied. View more info

The Lost Account of the Battle of Corinth and Court-Martial of Gen. Van Dorn

Rosecrans' Campaign with the Fourteenth Army Corps, or the Army of the Cumberland: A Narrative of Personal Observations, with an Appendix, Consisting of Official Reports of the Battle of Stone River

Blue pebbled cloth covers with gilt lettering and illustration to spine. 465pp. Very light penciled inscription on the flyleaf. Else clean and unmarked. Spine is sunned leaving the gilt a bit faded. Includes official reports, statistics, and a personal account of the author's three months with Rosecrans' campaign, through the Battle of Stone River. Illustrated with frontispiece map. This copy, preface dated April 20, 1863, lacks the official report of General Bragg, present in the March 1863 edition. A nice, tight copy. Howes B422. Map is present. Full refund if not satisfied. View more info

From Richmond to Texas: The 1865 Journey Home of Confederate Senator Williamson S. Oldham

By: Walter Clark, Editor; Members of Their Respective Commands

Gray cloth binding with civil war flags on the front cover as well as gilt, blue, and blind stamped designs on the spine/covers. Frontispiece. Illustrated with B&W plates. 807pp. Covers and spine have some minor stains, and some dampstains to the the cover's corners. Front hinge starting. Text body is free from underlining, highlighting, or notes. In near fine condition for when printed. Full refund if not satisfied. View more info

By: Walter Clark, Editor; Members of Their Respective Commands

Gray cloth binding with Civil War flags on the front cover as well as gilt, blue, and blind stamped designs on the spine/covers. Frontispiece. Illustrated with B&W plates (some fold out). 807pp. Covers and spine have some stains here and there. Back hinge starting. Slight browning within. Text body is free from underlining, highlighting, or notes. In near fine condition for when printed. Full refund if not satisfied. View more info